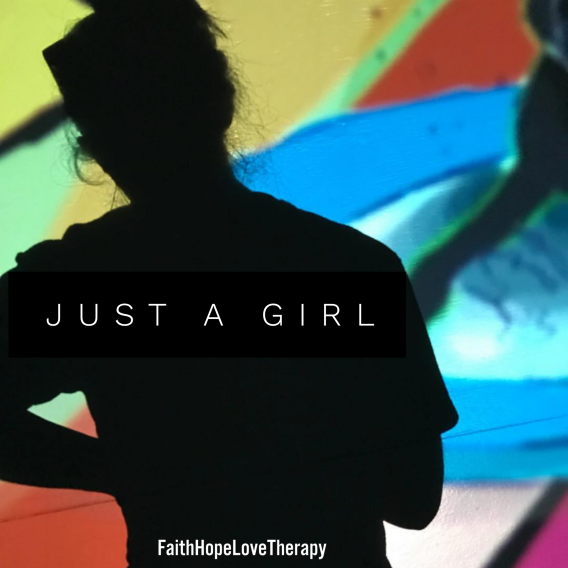 Just me and my words flowing out of my head and onto a page.

Just you and your story that you aren’t sure how to share.

Just a woman overwhelmed and overtired and overworked.

Just you and your illness and me and my illness, and gracious where do we fit in this life, in this world, in this idea of Christianity?

It’s the end of Women’s History Month, and a few weeks ago we celebrated the International Day of Women. No doubt your newsfeed was flooded with pictures and memes of strong women and calls to “be them, know them, raise them.”

And heavens yes. Let us do all of those things.

Let us celebrate women and the strong and significant impact they have had in history.

Let us recognize the times and ways in which history and society have refused to do so, and correct those wrongs going forward.

Let us affirm those women around us and champion their causes and encourage them toward greatness.

Let us raise up the next generation of women to be bold and confident and resilient.

But let us also recognize, that for some women of faith, there is an additional area where they may feel as though they have been reduced to something smaller, something less than, something unimportant.  That the very body of believers that they meet with, has diminished their gifts, talents, treasures.  That they have been relegated to back rooms and childcare and bake sales.  Ignored. Disbelieved. Some, while speaking of love and quoting scripture, have pushed these women down, told them they were not allowed to speak up, and in the worst cases protected those who have hurt them.

And then – let us recognize and proclaim that this is not Jesus.

Jesus’ ministry was marked with women at His birth, at His death, and at His resurrection.

And at every step in between.

Jesus did not condemn the adulteress woman, but instead saved her from condemnation and then called her to a better life.

He healed women with the same love and grace as He did men.

He called women “daughters of Abraham” and “His sisters”.

He did not send them away to tend to the children while the men learned at His feet, but rather invited them in, saw their desire to learn and worship – and called it Good.

He treated them with respect.

And then.  In an act completely counter to the culture of the day, He chose women to be the first to know of, and to tell of his resurrection.  He gave them a prominent place in the greatest story to ever be told.  The largest, most important piece of His story – was first told by women.

It’s easy to think of yourself as “just a girl.”  You may have even been told that directly by someone at your church.  And if so, if you have heard that and believed that, I want to be sure you know:

That was not Jesus.

For within our faith, there is a place for strong women like you.  To share our stories, to lead with love, to counsel, to mentor.  To work.  To tell of His Love and Hope.

Just a girl.  With a Savior.  Who calls her worthy, and lovely, and loved.  With the strength of His promises and the force of His Love supporting her.  With gifts and voices and knowledge that He calls Good.

Which makes us all so much more.  So much much more, than “just” anything.